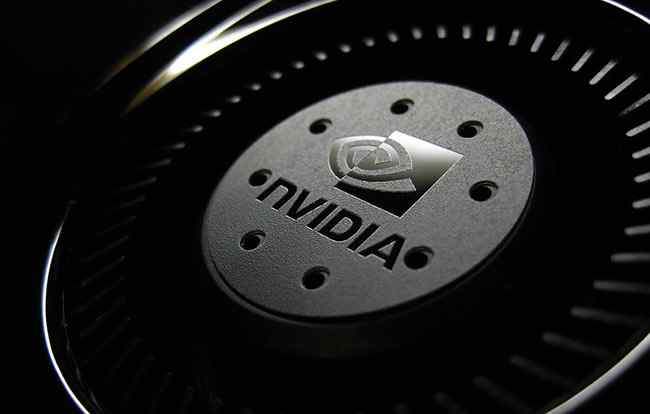 Graphics Cards between an entry-level model and the most sophisticated model, the price is easily multiplied by 10. However, not everyone needs the most powerful GPU, because not everyone will be looking not to take advantage of 60fps in 4K for ultra graphics on all recent games. You must therefore find an NVIDIA Graphics Card for your gamer config that will meet your expectations as much as your budget; we will help you with this guide to find the Best Graphics Card in 2021.

How to overclock your NVIDIA graphics card?

For many aficionados, overclocking is an essential part of the GPU, which pushes performance beyond manufacturer data. Concretely, this consists of manipulating, via software, the clock, and temperature performances to improve them. Obviously, this procedure is not without risks, so the manufacturers have structured it, making it simpler and more secure, but also more limited.

Therefore, an average performance increase of 10 to 20% can be expected. To overclock your NVIDIA GPU, you must therefore use a software solution, like the AfterBurner from MSI or the Precision from EVGA. This software is both easy to use and intuitive in its design.

If this article is exclusively dedicated to NVIDIA GPUs, this does not mean that we should hide the other leader in the field: AMD. But how to choose between the two manufacturers?

Both show quality and seriousness in the manufacturing, but NVIDIA turns out to be more expensive than AMD. We mainly find AMD in the entry and mid-range, while NVIDIA excels, among other things, in the high-end. This choice of commercial segments, at the same time as the absence of other competition, therefore explains the higher pricing on the side of NVIDIA.

So it’s up to you: the iconic manufacturer with the green logo will be a must if you want to build a beast gamer config. On the other hand, AMD will be ideal for running a majority of recent games at 60fps at high graphics. If the competitive value of AMD GPUs appeals to you, check out our review of the best AMD Radeon graphics cards!

The DLSS (Deep Learning Super Sampling) is a process using AI exclusively present on NVIDIA GeForce RTX to make scaling of the image, to give a better graphics rendering in games, while consuming less performance. This magic option is particularly useful for games supporting ray tracing (known to be very greedy in requested power), which can often double the number of FPS, if not more. DLSS is also very practical to be able to play in better conditions with large resolutions, such as 4K or even 8K.

The tearing (or tear of the image in French) is a rather old problem in the field of gaming. This term defines the phenomenon of when the framerate of a game and the frequency of a screen are not synchronized, which can regularly cut the image in half, usually for a fraction of a second, but yet this cut can be seen.

To counter this, the option of V-Sync has been around for a long time, however, it limits FPS, while consuming additional performance. To better overcome this problem, NVIDIA has developed G-Sync, dynamically modifying the refresh rate of the screen, within the limit of its maximum frequency.

While this technology is only compatible with NVIDIA GPUs, few PC monitors are equipped with this technology, since it incurs an additional cost for manufacturers. However, since the GTX 1000 generation it has been possible to use FreeSync (which is basically the same technology but on the AMD side), via what is called G-Sync compatible.

In an effort to target streamers and YouTubers, NVIDIA has launched its own streaming and recording tool: NVIDIA Broadcast. While OBS represents very strong competition, it still has many strengths, mainly thanks to the power of its AI. While NVIDIA has already been known for a long time for its video encoder, it gives the possibility here to blur or change the background without a green background, to automatically follow the movements of the head or the body with the camera, or even to suppress the many surrounding parasitic noises, including those of the keyboard and mouse for example. NVIDIA Broadcast is only compatible with NVIDIA RTX cards.

When NVIDIA moved from GTX ranges to RTXs, the firm mainly wanted to invest in technologies such as ray tracing, DLSS, etc. However, many have criticized them for more minor power increases, but especially the introductory prices that made them cringe. With AMD also becoming more and more competitive in the graphics card market, NVIDIA wanted to overcome these two main criticisms, while continuing to improve their technologies, with GPUs with considerable power increases, as well. that much more affordable prices.

The RTX 3060 Ti also defends surprisingly very well, always being above the performance of the RTX 2080 Super. While the latter was at 749 euros at its launch, the 3060 Ti is almost two hays cheaper, with a base price of 419 euros.

The criteria for selecting the Best NVIDIA Graphics Card 2021

Choosing a range is already complex, but choosing the right model within a range is even more difficult. We, therefore, present to you below the selection criteria that we have retained to carry out our own classification. You will then know which points are a priority for you and which others are dispensable and, therefore, which graphics card to choose.

These are two essential data: you need the graphics to please you but that they do not weigh on the game performance. You have surely already noticed it: if you push the graphics to the maximum on a recent game while your graphics card is not very young, the game is slower, jerky: it “lags”. And this “lag” is indeed due to the improvement of the graphics: since the GPU cannot maintain total fluidity at such a level of graphics, it compensates by reducing the FPS.

We, therefore, recommend that you invest in equipment that will deliver smooth performance and graphics on your favorite games. A good way may be to compare the performance of the GPUs you are interested in the most demanding games. You can go through a service such as Can You Run It. It analyzes your components and indicates the minimum and recommended hardware prerequisites by game type.

A large majority of graphics cards will display high graphics performance in HD / full HD, but for other formats, notably WQHD / UHD or even 4K, more sophisticated GPUs will be required.

The Ray Tracing is a recent innovation in terms of graphics that comes greatly enhances the details, shadows, and other lighting effects. While some find the technology dispensable, others appreciate the realistic rendering it allows. For our part, we consider that it is a great visual advance but that, at the same time, it is expensive and does not yet unfold its full potential. So don’t make it essential!

As the video at the end of the article explains, a graphics card that heats up causes a drop in FPS. Also, it is advisable to maintain a sufficiently powerful cooling so that the performance in the play, even on the most energy-intensive, is not slowed down by overheating. If the ventilation solution is provided, make sure that it is sufficiently powerful in comparison with the resources mobilized by the GPU.

5. The possibilities of overclocking

As seen before, overclocking is a very useful feature of GPUs. However, from a security perspective, more and more manufacturers are going through auto overclocking in order to offer already superior basic performance without endangering the hardware. The possibilities for manual overclocking are therefore limited but remain present.

As we told you previously, NVIDIA is far from standing out as an accessible manufacturer, even if some models stand out thanks to their value for money. Here, no doubt: the manufacturer with the famous green logo operates by ranges, for performance as for pricing. So choose the range, and the price will be imposed on you.