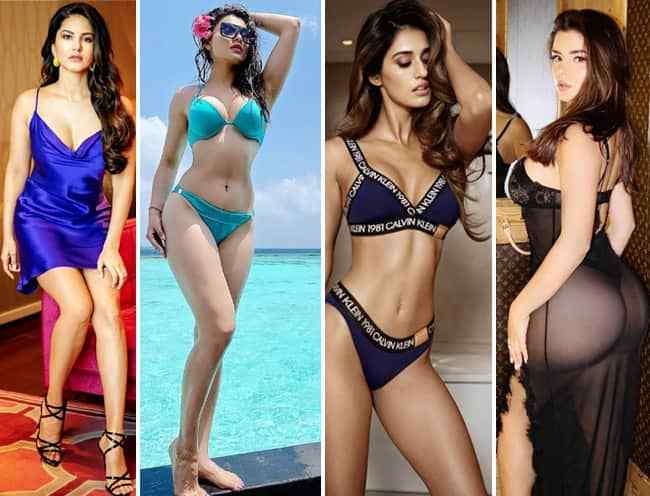 Bollywood is the second-largest film industry in the world, after Hollywood. One of the primary reasons for this is their bold Bollywood actresses. They have made Bollywood more engaging and intriguing on a global scale. The top ten sexiest Bollywood actresses picked here are the epitome of this. Therefore, let us have a look at the list and leave a remark with your favorite Bollywood actress.

Kareena Kapoor Khan, one of the most successful Bollywood actresses, is ranked tenth on the list of the top ten sexiest Bollywood actresses. She was born in Mumbai, India on 21st September 1980. She is presently the wife of Bollywood’s most renowned Khan, Saif Ali Khan. She is the younger sister of actress Karishma Kapoor and the daughter of Randhir and Babita Kapoor.

Kareena is affectionately referred to as “Bebo” by her followers. She is well-known for a variety of parts throughout her acting career; from family drama to comedic roles, she has excelled. That is why she is one of the highest-paid Bollywood celebs. She has won numerous Filmfare awards in a variety of different categories. Additionally, Bebo is the author of three books.

Performing artist Kriti Sanon began her career as a successful model before establishing herself as a hot Bollywood actress. She comes from a non-filmy family and has carved her own path in Bollywood. She was born in New Delhi, India on 27th July 1990.

Following her modelling career, she made her acting debut in a Telugu film. Her first Bollywood film, ‘Heropanti,’ earned her the award for best debut female. Additionally, she earned a Bachelor of Technology in Electronics and Communication. She was also introduced in the film ‘Dilwale,’ which was one of the year’s highest-grossing films.

Performing artist Shruti Haasan was born at Kamal Haasan and Sarika Thakur’s household. She was born in Chennai, Tamil Nadu, India on 28th January 1986. She is also a vocalist in addition to being an actress. She also works in Telugu and Tamil films in addition to Bollywood. And she is regarded as one of the most attractive and sexiest Tamil actors. Not only in Tollywood, but she is also more than capable of competing with any of the hottest Bollywood actresses now on the scene.

Shruti has won three Filmfare awards and is one of South Indian cinema’s finest actresses. As a child, she sang in her father’s films; she now sings in other films as well. She has contributed numerous blockbuster films to South Indian cinema and Bollywood.

The teenage actor who delivered back-to-back box office smashes Kiara Advani is presently regarded as one of Bollywood’s top ten sexiest actresses. She was born in Mumbai, India on 31 July 1992. Before the premiere of her debut film Fugly, she changed her given name Alia Advani to Kiara Advani, as suggested by Salman Khan (2014).

Kiara has recently been in several hit Bollywood films, including Lust Stories, M.S. Dhoni: The Untold Story, Indoo Ki Jawani, Good News, and Kabir Singh. She possesses exceptional acting abilities, as well as an appealing physique and a lovely face. Thus, she is undoubtedly a rising star of Indian cinema who has the potential to become a leading actress in Bollywood in the coming years.

2015 Miss Diva winner Urvashi Rautela is one of the hottest actresses in Bollywood, having acquired notoriety with Honey Singh’s hit song Love Dose. However, the actress maintained an interest in modelling throughout her adolescence, appearing in a variety of shows, including Miss Teen India 2009. The Indian beauty was born in 1994 and will be the first Indian to walk in Dubai’s Arab Fashion Week in 2020. She is also regarded as one of the sexiest Indian models nowadays.

Urvashi is the sexiest actress in Bollywood. She was awarded the Uttrakhand Maharatna Award by C.M and was named the Youngest Most Beautiful Woman in the Universe in 2018. Since 2014, this stunning actress and model has been a part of the entertainment world, exhibiting her abilities in films, songs, and web series.

Disha Patani, one of Bollywood’s top actresses, wowed audiences with her exceptional performance in everything from her debut Hindi film M.S.Dhoni’s The Untold Story to the Baaghi sequels. The model and actress from the United States of America has 44 million Instagram followers who adore her beauty and health, which she flaunts in sensual photoshoots.

However, Disha, the Femina Miss India 2013 runner-up, broke into the entertainment world with Loafer, a Telugu film, followed by the Meet Bros. song Befikra. The head-turning performances of Bollywood’s hottest actress earned her international recognition alongside Jackie Chan in Kung Fu Yoga.

Patani, who starred in Har Ghoont Mein Swag, is reported to be Tiger Shroff’s girlfriend. Tiger and Parth Samdan previously dated but parted up.

Jacqueline Fernandez was born in Bahrain on 11 August 1985. She is a stunning Sri Lankan actress and model who was crowned Miss Universe in 2006. She earned a degree in mass communication and worked in Sri Lanka as a television reporter.

Jacqueline made her film debut in the film ‘Aladin,’ and her first success came with the film ‘Murder 2.’ She has also appeared in comedic and glamorous roles. Numerous her films ranked among the highest-grossing films of all time. Without a doubt, she must be included on the list of the sexiest Bollywood actresses.

Deepika began her career in Hindi cinema and has received numerous honours, including the Filmfare. She is the daughter of Prakash Padukone, a badminton player born in Copenhagen and reared in Bangalore. She competed in national level badminton as a teenager but left to pursue a career as a fashion model.

Priyanka Chopra was born in Jamshedpur, Jharkhand, India on 18th July 1982. She is an actress, singer, model, film producer, and philanthropist who was crowned Miss World in 2000.

Priyanka has received numerous accolades, and her directorial debut was The Heroin (2003). She was even included in Time magazine’s list of the world’s 100 most influential individuals.

Apart from Bollywood, Priyanka Chopra has also appeared in the American television series Quantico. She has worked with UNICEF for eleven years and was recently named as the organization’s national and worldwide Goodwill Ambassador. An actress with this level of accomplishment should undoubtedly be included on the list of the most hardworking actresses as well.

Read More: Best Disney Plus Movies of All Time

How Can You Easily Score Well in Class 7th Social Science