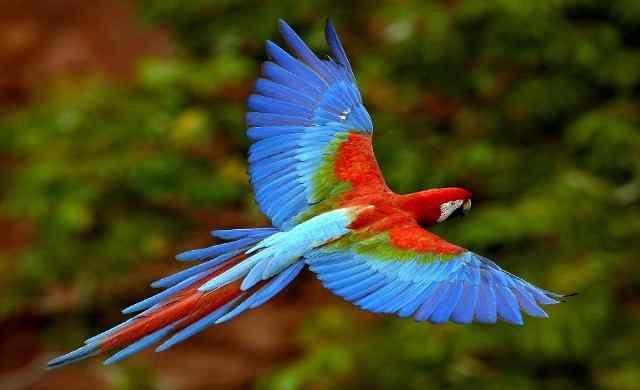 There are over 10,000 different species of birds on our beautiful planet. And, although they are mostly charming, some birds are examples of pure beauty. The proof with these 10 increasingly rare birds considered to be the all-time most beautiful in the world.

Top 10 Most Beautiful and Incredible Birds in the World

The blue jay is a small passerine bird found in the forests of North America but also in the Gulf of Mexico. Beyond its magnificent blue plumage, this bird is known to take ant baths in order to get rid of parasites.

The golden pheasant is famous for its sublime multicolored plumage and golden crest that it proudly wears on the top of its head. Originally from China, it corresponds in every way to the description we have of the legendary phoenix. A solitary and omnivorous bird, it prefers to move on the ground rather than to fly.

The blue-headed lorikeet is a very colorful parrot known to be very loud. Indeed, it has a wide range of calls and other twitterings. Endemic to Oceania, this diurnal bird has a brush-shaped tongue that allows it to suck nectar from flowers.

The flamingo lives in groups and has plumage that can range from pale pink to red. It owes its coloring to the crustaceans it feeds on. This bird, which has a lifespan of 30 years in the wild, is known to be able to stand on one leg, especially when sleeping.

Found in South America, the keel-billed toucan, also called the rainbow toucan, is easily identifiable thanks to its long, colorful banana-shaped beak. It lives in tropical lowland forests and feeds mainly on fruits, but also on insects and eggs. This bird has the particularity of being endowed with a very playful character.

The peacock wheel is famous around the world. And for good reason, to seduce females, this bird from India does not hesitate to deploy the feathers of its tail, giving rise to a breathtaking spectacle.

The Hyacinth Macaw lives in South America and is admired for its incredible blue plumage but also for its size. Indeed, it is considered the largest parrot in the world since it can reach a wingspan of 1.50 meters in adulthood.

Present only in Africa, the royal crane measures on average 1 meter high for a weight of 3.5 kilos. She is easily recognizable by her crest of golden feathers that stands on top of her head.

Also called tragopan satyr, the horned pheasant is found in South Asia, more specifically in the Himalayan region. This colorful bird with orange plumage and a blue head lives in pairs in highland forests. It spends most of its time foraging on the ground and only perches at night to sleep.

Native to Northeast Asia, the male mandarin duck owns a plumage colored inbreeding. At the end of spring, it, therefore, loses its colors to take on the same appearance as the female, whose colors are duller. Symbol of loyalty, this bird is famous for living with the same partner throughout its life.