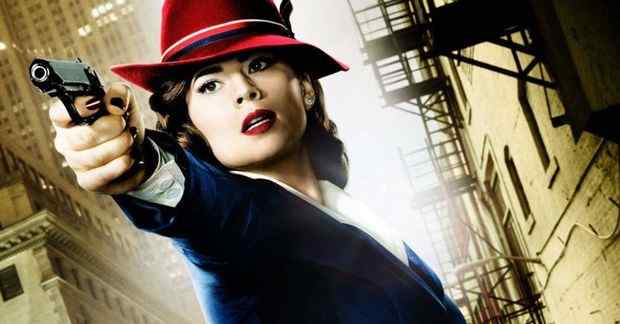 Disney Plus is also known as Disney + is providing us some of the best series from the past couple of years. And it has series for every taste! Series Star Wars, children’s series, teen, reality, documentary, superhero. And there is still much more to come. Here below we have enlisted the best Disney Plus Series you can watch in 2021.

The first live-action series in the Star Wars franchise was an audience phenomenon and caused huge reactions on social media. Created by the brilliant Jon Favreau ( Iron Man, live-action The Lion King ), the production takes place after the fall of the Empire, after the events of The Return of the Jedi, but before the First Order emerged.

The plot follows a Mandalorian bounty hunter, played by Pedro Pascal ( Game of Thrones ), who finds himself in charge of a dangerous mission to protect a being known as “The Child” (hi, Baby Yoda!). The program already has two seasons and has positively pleasing fans of the franchise.

National Geographic’s first original non-documentary series, The Chosen is based on Tom Wolfe’s nonfiction novel and tells the story of seven military pilots and how they become astronauts on NASA’s space program in the middle of the Cold War. Part of the history of the space race, the plot shows the characters competing to become the first men to reach space.

Produced by none other than Leonardo DiCaprio, the series has well-known names in its cast, such as Patrick J. Adams ( Suits ), Colin O’Donoghue ( Once Upon a Time ), Jake McDorman ( American Sniper ), Eloise Mumford ( 50 Shades of Gray ), James Lafferty ( One Tree Hill ), Nora Zehetner ( Everwood ), among other names. Disney Plus is releasing episodes weekly.

This documentary series from Marvel brings, in each episode, the story of young heroes, among children and adolescents, who are making a difference and transforming their communities in different contexts.

Promotion of causes such as inclusive design and awareness of disabilities, child abuse prevention, Alzheimer’s projects, initiatives to support the LGBTQ + community, help for the homeless, and education and empowerment projects for young African-American and indigenous communities are among the attitudes presented in the exciting series.

Another series in the documentary format, this production brings the backstage of the acclaimed Pixar studio, showing the development of some of the company’s much-loved projects, as well as the stories behind the creative minds involved. In all, there will be four collections of five stories, which will show the creation process from inspiration to the execution of the idea in the studio.

A Marvel production, Agent Carter takes place after the events of Captain America: The First Avenger, and follows Peggy Carter’s professional career and challenges after the disappearance of Steve Rogers.

Now, the agent works secretly in the Strategic Scientific Reserve, where she ends up being treated like a secretary by her male colleagues. However, it is to her that Howard Stark occurs when he is accused of treason.

6. Diary of a Future President

Gina Rodriguez produces and stars in this series, which accompanies young Elena, a girl who dreams of becoming president of the United States one day. While we see the adult version of Elena, lived by Rodriguez, preparing his presidential campaign, we follow the character reading his diary, a moment in which the series shows us the 12-year-old Elena, who since Elementary School has dreamed of her political career.

With a light and fun atmosphere, we see the girl trying to overcome not only the various obstacles to becoming the first Cuban-American president in her country but also to face the personal and social difficulties and pressures of adolescence. The series has already had a second season confirmed.

7. Return to the Stage

Actress Kristen Bell produces and presents this exciting and funny reality that gathers former high school classmates to return to the stage and present again musicals in which they participated in their youth.

During this return, the series ends up addressing the different paths that each adult’s life ended up taking, with several of them getting emotional when they returned to the stage and this contact with art, overcoming fears and insecurities that they developed over the years.

Following in the musical universe, this series could not be left out of the list, although its audience is more specific, with the program being directed to those who enjoy a teen musical vibe. Although it has a curious title, this series brought an interesting proposal: students from the school where the High School Musical films were recorded will stage the franchise’s story in a school play.

With some fake documentary resources, we see these fictional characters experiencing musical theater amidst both classic songs from the High School Musical franchise and new songs. Light, humorous, with current themes and even some surprising participation from the cast of the original franchise, the series has already had its second season confirmed and a Christmas special. In Brazil, episodes are being released weekly.

This animated series of 2017 again follows the adventures of young Peter Parker and his responsibilities as Spider-Man. More current, the animation is based on the film Spider-Man: Homecoming, which brought a new version of the theory, played by Tom Holland.

Unlike the film that marked the character’s return to the Marvel Cinematic Universe, however, the series shows Peter being bitten by the spider and following five steps of a scientific method to discover and control his new powers.

Part of the Toy Story universe, this series aimed at children is set after the events of the fourth film in the franchise. The program accompanies the artisanal toy Garfinho asking different questions about life.

What is money, what is a friend, what is art, what is time, what is a computer, what is reading, what is love? Garfinho asks several questions, in a demonstration of childlike innocence.

11. The World according to Jeff Goldblum

This documentary series accompanies the star Jeff Goldblum exploring the world in the most varied themes, ranging from the development of video games to curiosities about the world of tennis or even ice cream around the world, tattoos, and other subjects. The National Geographic production positively surprised streaming subscribers and has already had a second season confirmed.

Zenimation series is one of the best original Disney Plus (Disney +) shorts series which invites viewers to relax with some of the sights and sounds of their favorite animations to watch in 2021. The production is an acoustic animation experience, showing moments like Moana being called by the ocean, Baymax and Hiro flying over São Fransokyo, or Anna and Kristoff taking a walk through a forest.

Classics like Peter Pan, The Lion King, Pocahontas, Lilo and Stitch, and Mulan, and more recent productions like Zootopia, Frozen, and Moana are among the films that feature scenes that worked only in incredible images and sounds in the shorts.

10 Most Loved Characters in the Vikings Series

Netflix Movies and Series to Release in January 2021

ABOUT US
Streamkro.com is one of the fastest-growing websites. Stream Kro is your news, entertainment, top 10 best, music, sports, tech, games, mobile site. We provide you with the latest news from around the world.
Contact us: Streamkro@gmail.com
FOLLOW US
© 2019. Developed with ❤️ by the team Stream Kro
MORE STORIES
Entertainment