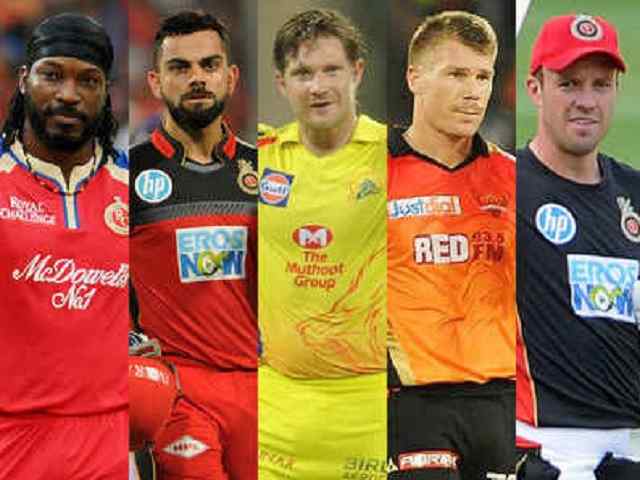 The most popular T20 league in the world is the Indian Premier League (IPL). Every emerging player in the world is looking for opportunities in the league. The next edition of IPL is going to start this year. Here below we have mentioned the names of the Top 5 batsmen who have scored the most centuries in the history of IPL, let’s find out about them.

In T20I cricket, Chris Gayle is known as the “Universe Boss” who is at the top of the list with the most centuries. His 175-run innings are also the highest individual score in the IPL. He has scored 4965 runs in 142 matches at an average of 39.72 – including 6 centuries.

Virat Kohli has not yet been able to make his team the champion, but in 2016 he made a great performance to take RCB to the final and scored 4 centuries in that year which is a record. In 223 matches, he has scored 6624 runs at an average of 36.20 – including 5 centuries.

Rajasthan Royal’s key player and the England skipper Jos Buttler comes at the third position on the list. Jos Buttler has scored 2831 runs in 82 matches at an average of 39.07 – including 5 centuries.

Sunrisers Hyderabad captain David Warner has been in great form for the last three years and made his team champions in 2016. In 162 matches, he has scored 5881 runs at an average of 43.18 – including 4 centuries.

LSG – Lucknow Supergiant new captain KL Rahul enters the list of most hundreds in IPL. KL has scored 3889 runs in 109 matches at an average of 48.0 including 4 centuries.