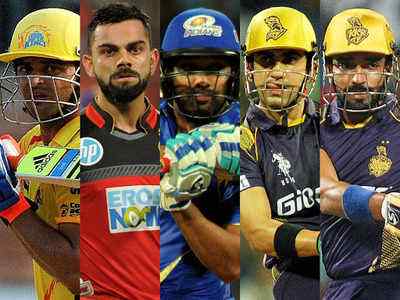 The IPL is one of the best T20 leagues in the world, is set to begin this year in India. Cricket fans are eagerly waiting for the announcement of BCCI. Gradually all the cricket stars are migrating abroad to play in the IPL. In today’s report, let’s find out about the 5 batsmen who have scored the most half centuries in the history of IPL.

Most Fifties in IPL

Sunrise Hyderabad captain David Warner is at the top of the list with the most half-centuries in the IPL. In 162 matches, he has scored 4808 runs at an average of 42.00 – including 55 half-centuries.

Delhi Capitals left-arm opener Shikhar Dhawan is the second-highest half-century scorer in the IPL. He has scored 6244 runs in 206 matches at an average of 35.07 – including 47 half-centuries.

Royal Challengers Bangalore captain Virat Kohli is in third place on this list. He also scored 5 centuries. He has scored a maximum of 6624 runs in 223 matches in the IPL with an average of 36.20 – including 44 half-centuries.

Mumbai Indians four-time champions Rohit Sharma comes at number 4 on the list. He has scored 5879 runs in 227 matches at an average of 30.30 – including 40 half-centuries.

Mr 360 and one of the most versatile players in the world AB de Villers and the key member of Royal Challengers Bangalore comes at the number five position. Although he hasn’t played in the last two seasons still managed to get the fifth position on the list.

Also Read: Top 5 Batsmen with the Most Centuries in the History of IPL