Do you want to know what is Branded Content? Let me tell a story: In 2015, one of the participants in the famous Paris Marathon, covered the 42 kilometers of the race, carrying a jerrycan of water on her head and wearing the traditional clothes of African women.

Siabotou Sanneh did not win, of course; but she was one of the participants who obtained the most media coverage of the event. A coverage, by the way, spontaneous. People wanted to know the symbolism behind that action and the media wanted to make it known.

It was a message from the NGO Water for Africa that clearly summarized their work: daily, African women walk a distance of approximately 42 kilometers for the marathon to bring water to their homes. Water for Africa is an NGO that is dedicated to promoting the installation of aqueducts in Africa to humanize African homes.

What Ms. Sanneh did is considered one of the most valuable examples of branded content in recent years. She was not carrying any advertisement talking about the NGO; but,   Water for Africa was on the lips of all those who followed the famous race that year.

The Branded content consists of generating content that is associated with the brand, without being invasive, nor expressly talking about the specific product and/or service that it offers and that, in addition, has the potential quality of voluntarily going viral.

In other words: it is not the banner that appears during the visit to a blog whose content is particularly interesting and that many consumers begin to block on their devices; but rather of content, almost always video graphics or face-to-face, whose value lies in telling a story using images, testimonies or facts, in which the values ​​associated with the brand are revealed.

It is a relatively new term and marketing strategy, expressly used recently in response to the saturation of the ad market by traditional advertising when it began to be rejected by the public. Statistics show that nobody wants to get the banner advertising the favors of Coca Cola; But, many people are willing to stop for a few minutes watching the video in which it is told why the family formed by Paula and Richard, collects the cans with names that begin with P and R and they are happy doing it. 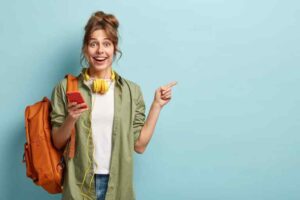 This perfectly demonstrable result is a concrete example of branded

content: Coca-Cola no longer needs to say that it makes a soft drink that almost everyone likes; what you need is to reinforce the message of happiness associated with the brand from the beginning of its time.

It is an excellent positioning strategy that, although it requires careful work, can give extraordinary results, since its strong point is that the potential client voluntarily decides to consume the content and in this way they relate to the brand pleasantly, putting all their emotionality into it, which is considered a very important factor for the advancement of a brand in consumer taste.